About MUNIN – Maritime Unmanned Navigation through Intelligence in Networks 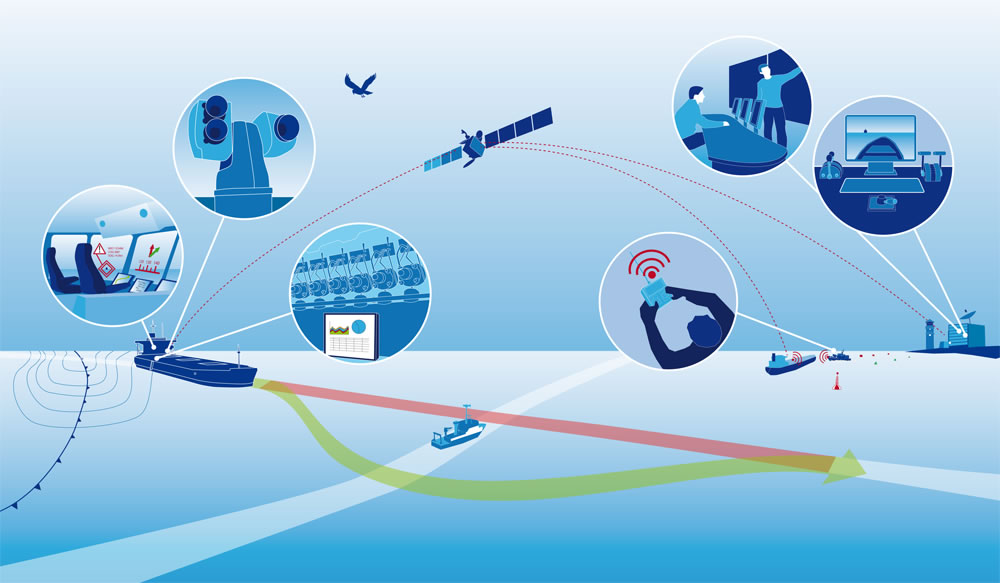 MUNIN is the abbreviation for Maritime Unmanned Navigation through Intelligence in Networks highlighting the project’s aim to develop technology for an unmanned and autonomous vessel. Moreover MUNIN is also a figure in the old Norse mythology. Here the raven Munin flew around the world independently every day to gather information for its master the Norse god Odin. In the evening it would deliver the information – its cargo – safely and autonomously to wherever its master was located. The concept of an autonomous ship developed in the project MUNIN shall figuratively act like the raven Munin: independently and safely bringing cargo to its intended destination.

What are autonomous ships?

MUNIN is concerned with  Waterborne TP’s vision of  an  “Autonomous Ship”, which is described as a vessel with:

Next generation modular control systems and communications technology [that] will enable wireless monitoring and control functions both on and off board. These will include advanced decision support systems to provide a capability to operate ships remotely under semi or fully autonomous control.

Read how this conceptual definition of The Autonomous Ship is understood in the MUNIN Project.

Why is autonomous shipping needed?

Maritime trade volumes are expected to increase in the future and accordingly the numbers of ships needed to transport the freight will grow, as will the number of seamen required to operate the vessels. At the same time European shipping faces a lack of seafaring personnel already today. An often cited reason for this lies in the unattractiveness of seagoing professions, especially for youngsters. To some extend this is caused by seafaring’s inherent problem of lacking family friendliness and the high degree of isolation from social life that comes along with working on a seagoing ship. The current trend towards slower sailing speeds justified by ecologic and economic considerations increases the length of the ship’s voyage and with that the time seamen spend on sea even further.

Here, the unmanned autonomous vessel represents a way out of the impasse of a shortage in the supply of seafarer due to the job’s perceived unattractiveness and a growing demand for seafarer caused by slow steaming and increasing transport volumes.On the one hand, it could reduce the expected pressure on the labor market for seafarer as it would enable, at least partly, to reduce the labor intensity of ship operation. On the other hand, routine tasks on board would be automated and only the demanding but interesting navigational and technical jobs transferred from ship to a shore side operation center making “seafaring” jobs more attractive and family friendly than today. Furthermore, economic and environmental benefits are also expected when implementing unmanned shipping.

Here you can read more on MUNIN’s Rationale.

Even if it is doubtful whether the unmanned merchant ships will be a reality in the short term the concept of an autonomous ship provides an important pathway for a sustainable development of maritime transport. The main objective of the MUNIN project will be to show the feasibility of an autonomous and unmanned vessel. Besides this, the project also aims to develop the individual components of the autonomous ship in a way that they can be retrofitted to existing ships thus improving their technical or navigational performance in short term.

To a more detailed description of MUNIN’s Objectives & Impact.

How is the project set-up?

The MUNIN project consists of ten individual work packages. Hereof the central scientific and technical parts of the project will

The full work package structure of MUNIN is illustrated in detail under MUNIN’s Methodology.